Politicians kick the homeless around, like a football, as more of them suffer and die, needlessly, everyday on the streets.

In blue cities across the country, corporate lobbies are trying to discredit progressive governance by weaponizing homelessness.

Source: Trickle-Downers Created the Homelessness Crisis. Now They Want You to Believe They Can ‘Solve’ It. | The Nation

Those with the courage and boldness, to challenge the bigotry and hypocrisy of America’s fascist state, are the most condemned, persecuted and endangered. 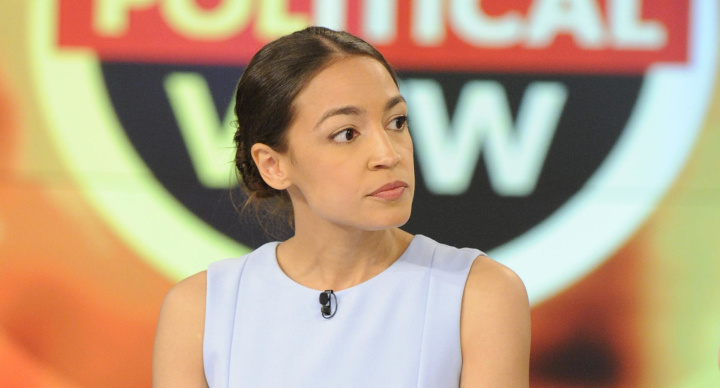 Source: AOC clashes with Mehgan McCain live on The View after being called ‘bogeywoman of the right’

Homeless People Are Without Toilets and Are of Course Going in LA’s Streets. (Rich or poor, when you gotta go, YOU GOTTA GO!)

Note: This story contains graphic phrases and imagery.  Statistics estimate 36,000 people are homeless in Los Angeles, but the city isn’t providing bathrooms to most of them. As the NBCLA I-Team has found, the tons of human waste landing on city streets are creating an urgent public health threat. In one act caught on camera, a homeless man is seen…

Conscientious Prisoner: The most innocent prisoner Trump should have pardoned.

Immigration is a major issue in the United States today. Latino Americanos often express interest in this issue because of its direct impact on their families, schools, jobs, communities and governmental affairs.

Latinos are Indigenous Americans whose ancestors suffered for centuries under European invaders and occupiers intent on stealing their lands and freedoms. Their native roots tie Latinos to Native Americans throughout the Western Hemisphere, traditionally, culturally and genetically. They remain attached, to their ancestral lands and freedoms, even though robbed of them by the foreign invaders and their offspring.

Latino “immigrants” bring their languages, cultures and traditions with them from their native lands, and this adds to the sense of kinship or affinity many U.S. Latinos have with new arrivals, many who are refugees. This natural phenomena makes it difficult to separate the two distinct groups of Latinos in the U.S. — immigrants and non-immigrants — when discussing the immigration issue, even though most U.S. Latinos are not “immigrants,” nor do they consider themselves foreigners anywhere in their native Americas and Caribbean Islands, like Euro-Americans are.

There are an estimated 942 million people in the Americas and Caribbean Islands: 346 million in North America, 200 million in Mexico, Central America and the Caribbean Islands, and 396 million in South America (see http://www,nationsonline.org/oneworld/america.htm). Spanish-speaking Latinos are thus the majority population of the Western Hemisphere (see http://www.state.gov/p/wha/ci/), and the majority of immigrants in North America, while Spanish is their dominant language.

Latinos are not a singular race, color or nationality. Latinos include multilingual people from all the races, colors, nationalities, ethnicities, cultures, religions and creeds in the world. Because most U.S. Latinos are bicultural and bilingual (Spanish/English), they have helped build bridges of understanding and cooperation between the U.S. and the rest of the Western Hemisphere.

According to the U.S. Census Bureau, there are around 52 million Latinos in the U.S. today. About 37 million of these Latinos speak Spanish, and over half of those fluent in Spanish also speak English. The total population is expected to grow to about 132 million U.S. Latinos by 2050. An estimated 63% of U.S. Latinos are of Mexican ancestry, 9.2% Puerto Rican, 3.5% Cuban, 3.3% Salvadoran, 2.8% Dominican and 18.2% Others. (See http://www.census.gov/newsroom/releases/archives/facts_for_features_special_editions/ cb12-ff19.html )

The time has come for the U.S. government to reverse course re immigration reform, especially as it relates to Latino immigrants. Instead of clashing over these problems from election-to-election, all the good citizens of the U.S., and of the rest of the Western Hemisphere, should learn to live, work, study, travel and conduct business and commerce freely throughout this region, like European Union (EU) citizens do within their nations.

The Americas and Caribbean Islands need an international union (like EU) to tackle their major problems, including human trafficking, drug cartels, community, business, economic, commercial and industrial development, terrorism, poverty, unemployment, illiteracy, hunger, homelessness, sickness, disease, natural disasters and unsustainable environments. Regarding immigration, law-abiding citizens in this proposed new union would be able to live, work, study, travel and conduct business and commerce freely throughout the Western Hemisphere, as EU citizens do over there.

CELAC, the U.S. and Canada are not working together well, at this time. CELAC was established as an alternative to the Organization of American States (OAS), the regional body organized largely by Washington DC, in 1948 that has focused primarily on U.S. interests.

The following blocs have worked to integrate much of Latin America for economic and political purposes without an overall union:

The Caribbean Community at http://caricom.org/ (CARICOM) brings together 15 states in the Caribbean, including Antigua and Barbuda, Bahamas, Barbados, Belize, Dominica, Haiti, Jamaica, Grenada, Guyana, Montserrat, St. Lucia, Suriname, St. Kitts and Nevis, St. Vincent and the Grenadines, and Trinidad and Tobago. There is also discussion about a more exclusive North American Union (NAU) between the U.S., Mexico and Canada.

All the above blocs, organizations and initiatives aimed at uniting various states in the Americas and Caribbean Islands lack overall unity, coordination, commonality and cohesion. Some even work against each other, to the detriment of their own citizens. Clearly, a more perfect union is needed to bring all nations of the Western Hemisphere together, as one Union, so they can work out their differences in a stable, peaceful and civil setting, and tackle the major problems they each and together face in strategic, coordinated and effective ways.

Red racism is more than just a football game — it’s systemic and the attitudes of professional sports teams and fans are an indicator of disproportionate racial issues Native Americans face outside of the stadium. According to the National Congress of American Indians’ website, the NCAI has been fighting againstContinue Reading

Slavery is not a crime for almost half the countries in the world.

Although laws allowing slavery have been scrapped worldwide, many of the 193 U.N. member states have not gone on to explicitly criminalise slavery

Source: Slavery not a crime for almost half the countries in the …

The uprising across Canada in support of Wet’suwet’en First Nation land defenders shows no sign of stopping. As of February 11, ports, bridges, rail lines, highways and roads have been blockaded across much of the country by solidarity protesters, who have also occupied the offices of politicians and at least one bank. More

The Advocates for Human Rights works locally and globally to fight injustice, restore peace, save lives and build the human rights movement.

by CODE RED for gender justice!

Perspectives on the Bolivarian Revolution

Global issues, travel, photography & fashion. Drifting across the globe; the world is my oyster, my oyster through a lens.

A Resource for the Volunteer Nonprofit

See the world through my eyes

A Photo Blog about travel, eco-tourism and nature in Latin America

Culture, Life, Love, and Well Being

a love for all things travel, culture, and modern exploration

Em’s musings from the isthmus

The Future lies with those who love the ocean!

Trade in the Americas

Trade and Development in Latin America and the United States